On Wednesday I had the fun of flying over to Oahu to see the Hawaii Quilt Guild's annual quilt show at the Academy of Arts in Honolulu. It's just a one week show and the quilts are those made by the guild members. 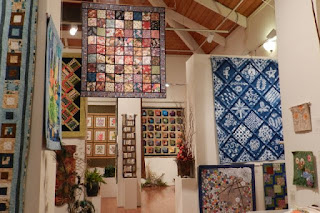 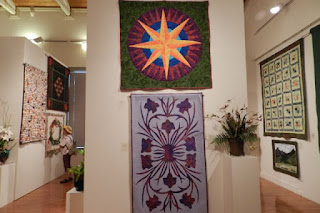 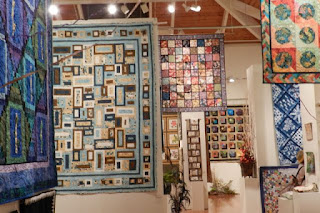 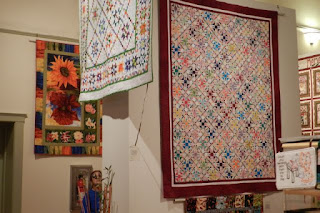 There were numbers on some of the quilts and I finally realized these were the prize winners.  The quilt that won first prize was amazing: 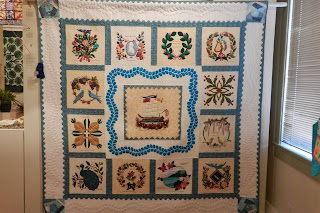 It was in the style of the Baltimore Album quilts but the blocks in this quilt depicted the different places that Captain Cook visited during his pacific voyages. 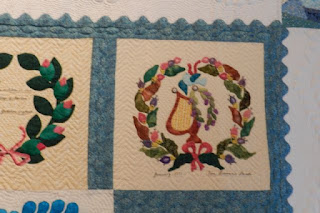 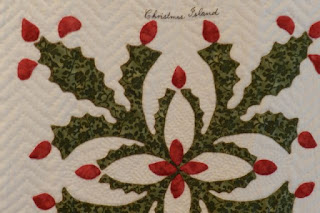 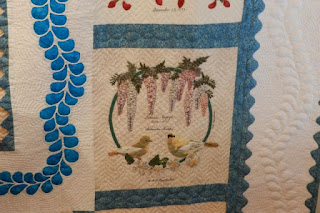 The quilt was hand appliqued and hand quilted. I heard the docent say that this quilter makes one of these every year (or maybe it was one quilt a year - regardless it was impressive). 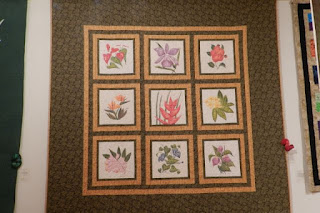 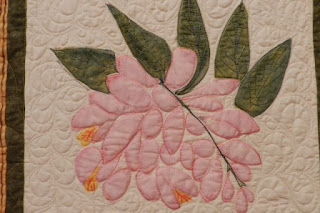 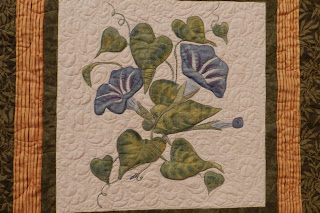 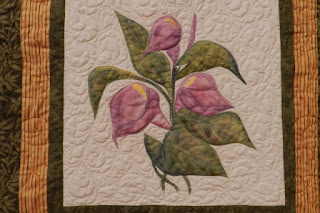 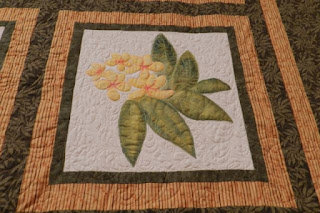 The second prize quilt was a sampler of hand painted flowers found in Hawaii. My friend Sonja Hageman painted the flowers on muslin blocks and then someone else put the blocks together and a third person did the quilting. 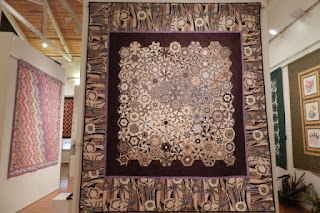 This is a One-block wonder.  If you ever tried this technique, you can appreciate this. 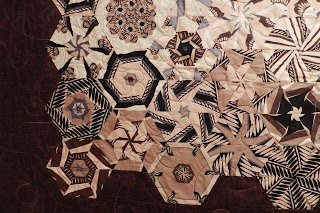 This is a close-up of some of the blocks. 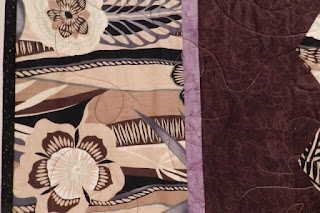 And this is her original fabric. All those blocks out of just this one fabric. She used a light purple sashing which was quite effective.

I have lots more photos but I'll save them until tomorrow.

If you're on Oahu and have a chance to see the show, you should go. Admission is free and I think it sends on May 20th.  It's at the Linekona building on Victoria, diagonally across from the Academy of Arts building. Parking (for a fee) is in the back -- and yes, I did find the parking lot this time. it was pretty obvious once I knew where it was.﻿

i did not get to show yet, i had a lncheon show today. i did not know paintng help earn a red ribbon either .... blogger is not working well and my eyes are not happy with first try on remake of last Rx..
Be well, sonja