Earlier this month I had a chance to check out two craft fairs on Oahu. Mainly I wanted to see what kinds of products were being sold, how many people were there and how many were buying so I could decide if I want to apply for either show next year.


The biggest of the two was the Islandwide Craft and Food Expo at the Blaisdell in Honolulu with an advertised 200 vendors. While I decided it was not for me, I did meet several vendors I knew from prior shows so it was fun to be able to chat before the crowds got too big. 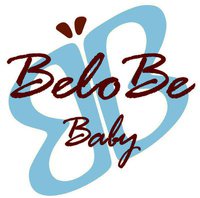 Jaclyn at BeloBe Baby always has the softest baby blankets backed with minkee fabric in some great colors. She was also in last week's Honolulu newspaper in an article highlighting four local entrepreneurs who are Moms and have successful businesses making and selling baby-related products.  I was next to her at last year's Made in Hawaii show

I often see Francie Niu at quilt or clothing related craft fairs. She sells contemporary and vintage Japanese textiles; garments and accessories made from these fabrics. Her clothing is beautiful and she always has interesting accessories. Last time it was some great scarves made from ribbons.

Linette usually has a booth near mine at the Egplants Craft Fair in Hilo in November. She does beautiful pieces using sea glass and other stones in gold and silver. Her jewelry is always looks very delicate.

The reason I decided this was not a show for me to do was becaue there were too many vendors who were not selling hand-crafted items. There were people selling water (you know, the kind in the giant bottles on a stand), chiropractor services, massages, a variety of health product vendors, and lots of products imported from elsewhere. There didn't appear to be too many people actually buying while I was there, but it was early in the day so maybe sales picked up later in the afternoon.

There was also a $4 entrance fee, which I used to criticize until I did a show in Honolulu where the admission was free. I think the first night the people who showed up for the free food samples way outnumbered the serious buyers. And because the show was located in the downtown area, the free admission also attracted anyone who had no where else to go.  So now I see the value in having an admission fee, even if I still hate to pay it myself!

My next stop was going to be a fair In Lanikai on the windward side of the island. I found my way to Kailua (next town over) with no problem and saw lots of signs for the craft fair but no arrows pointing the way. So after I drove around for a while and had a  drive-by look at the beautiful aqua color of the bay, I finally found the fair. It was about an hour before it closed and there was still no parking at the show (it was outdoors in the park) or within about 5 blocks of the park so I gave up. It must have been a good show with all the people attending but you couldn't tell by me. I probably wouldn't do it anyway since it's outdoors and it's hard to control my scarves if it's windy or rainy but maybe I'll try to go next year and again and see if I can at least walk through it.