I have a friend in Honolulu who was participating in Sunday's Lavaman Triathalon in Waikoloa so I spent Sunday morning cheering her and 1400+ other people on. 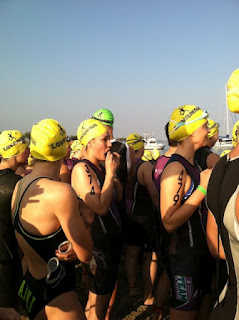 Swimmers went into the water in stages based on age groups identified by the color of your bathing caps. 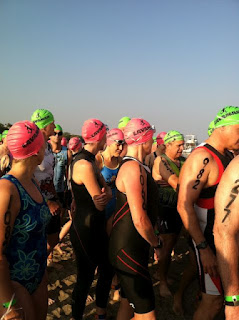 Waiting to hit the water 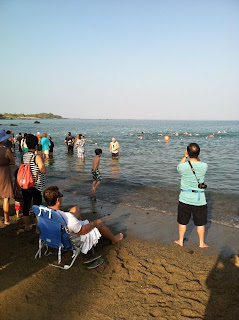 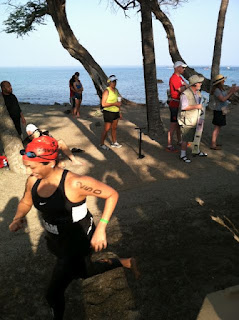 Running from the water to the bike station 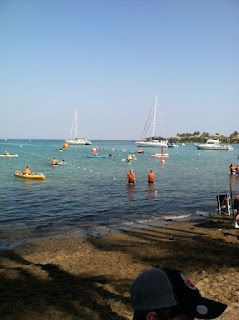 The last few swimmers are accompanied and encouraged by lifeguards on surfboards and
other rescue personnel. Everyone made it through the swim! 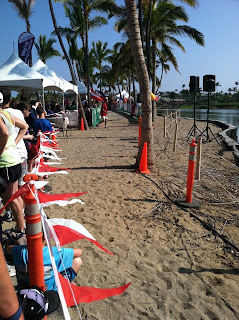 The finishers chute. After watching the last of the swimmers head off to their bikes, we wandered over to the finish line and could see the keader had already finished his bike ride and was almost through the run earlier than expected. He finished in a little less than 2 hours. It was probably 10 minutes before the next finisher appeared. 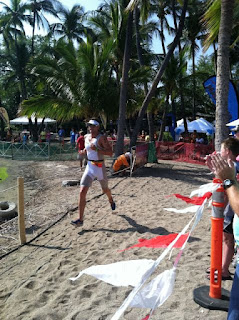 First place runner has no one even close to him. He's at the end of the course and looks like he's ready to go again.

My friend was in the 60-65 age group and they were the last ones to hit the water. She looked great when she finished the race despite the fact that for the first time ever she fell halfway through the run and had lots of scraped hands, legs, knees and elbows. She even beat last year's time by several minutes. Way to go, Ruth!