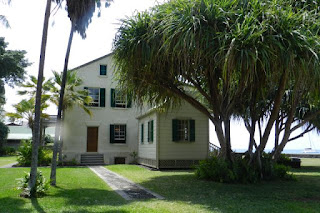 Holo Holo in Hawaiian means going on a journey or an adventure.  That's was what I did with three friends yesterday.

My friend Sophie is a docent at the Hulihe'e Palce in Kona and offered to give ua a private tour. We left the rainy Hamakua coast and Waimea for sunny and warm Kona and spent over an hour at the Palace.  The Palace was built in 1838 by the governor of the island of Hawaii, then was passed down through a number of royals until it was eventually sold to a private party in 1914.  The new owner died a month later and the palace eventually fell into disrepair.  In 1925, there was concern that the building was going to be destroyed to make way for a hotel and the Daughters of Hawaii organization petitioned the Territory of Hawaii to purchase the property. Since then, the Daughters have operated and maintained it as museum. 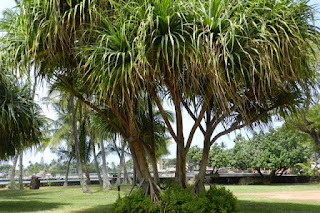 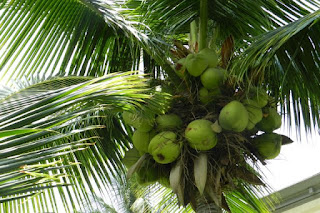 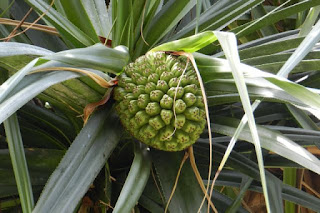 Fruit on the lauhala tree 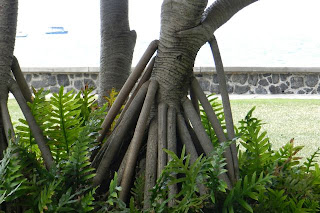 Close-up of the lauhala tree 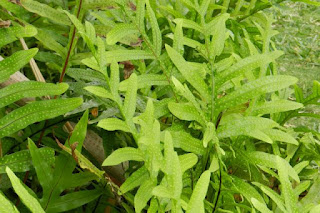 
Outside there are lauhala trees, coconut palms, a gigantic banyan tree, lauae fern and of course the beautiful ocean in the background. This weekend is their annual fundraiser with lots of craft booth, food, an auction, tours and more.

After the tour, we headed to a delicious lunch at Sam Choy's in Keauhou. The local food, generous portions and good service make this a popular place with both locals and tourists. Sam is well-known in the islands and has a number of other restaurants across the state. This is his most recent one and is on the site of the old Wendy's at Keauhou shopping center. 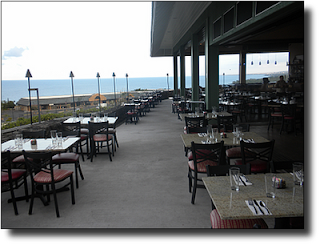 The lanai at Sam Choys

Then we were on to fabric shopping at Kimura's in Kainalu, a few miles south of Kona. This is another local favorite with quilters and dressmakers alike.﻿ 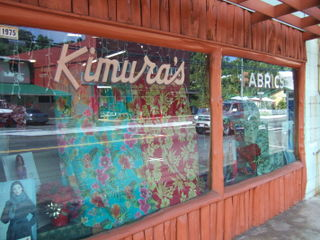 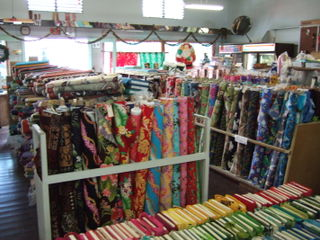 Photo by Katrina Walker
Be a Fan
Posted by Kathy at 1:00 AM